SAN DIEGO — The largest Hell’s Kitchen restaurant in the U.S. will soon open in San Diego County, and the operator is holding job fairs to fill open positions starting this month.

The restaurant, based on the reality television series starring foul-mouthed mega-star chef Gordon Ramsay, will open this summer in Harrah’s Resort Southern California, located in the Rincon area northeast of Escondido.

A project spokesperson confirmed to FOX 5 that the highly anticipated eatery is still on track for a summer 2022 opening, but couldn’t share a more specific date as of this weekend.

They also shared some renderings of the space and a photo from another location that serves as an example of what to expect:

Ramsay, a master chef-turned rockstar critic, restaurateur and TV star in both Britain and the U.S., currently has Hell’s Kitchen restaurants in Las Vegas and Lake Tahoe. There is also a location in Dubai.

The dining experience is inspired by the dueling kitchens of the reality show, with clear views of the chefs hard at work. Harrah’s says in its FAQ that the menu and prices will be similar to those of the Hell’s Kitchen location in Las Vegas, which you can view here.

To staff up for the huge restaurant, Harrah’s is holding two hiring events at wine and craft beer bar, Corked. From noon to 5 p.m. on June 27 and July 6, prospective hires can inquire about roles as cooks, bussers, servers and more.

On June 20, Harrah’s will hold an industry mixer from 2 p.m. to 6 p.m. at Hard Rock Hotel in downtown San Diego. That event will be located at the Float Rooftop Bar and Lounge, with pre-registration required.

View full details on all the hiring events here.

Don’t hold your breath on a Ramsay sighting at the resort: Harrah’s says the chef “will be as involved as his schedule allows.” But you never know!

Thu Jun 16 , 2022
Mum-of-three wows with her impressive meal prep session that includes five dinners, three sides, 40 snacks and dessert for just $50 A Sydney mum has revealed how she made 25 meals for her family for just $50  Hannah Phelps spent an hour and a half cooking the meals for her […] 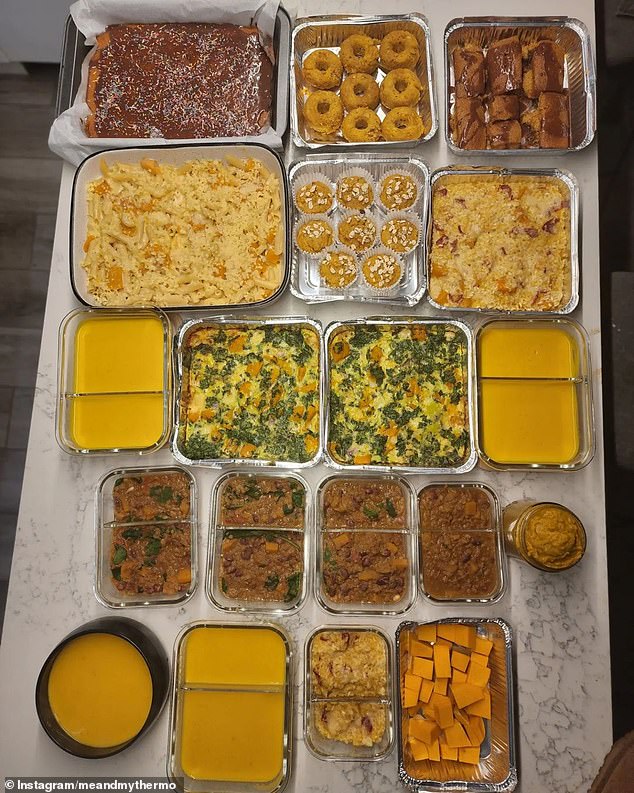