With the University of Montana back in session and many Missoula restaurants on reduced hours because of staffing shortages, hungry college students may want to look to the numerous and diverse food trucks in town for reliable, quick and less-expensive cuisine.

From Tajik plov (a rice dish with meat) at Lil’ Persia to Japanese mochi donuts at Aiko’s to Mexican quesabirria tacos at Garden City Taqueria, food trucks offer a surprising array of dishes that don’t exist in traditional brick-and-mortar eateries.

Alejandro Regalado owns Garden City Taqueria, a food truck operating in the parking lot of Imagine Nation Brewing in the evenings. He has been a chef or a sous chef for 24 years, and he uses his mom’s recipes but adds a few ingredients that he likes.

He prepares everything from scratch every day, including his salsas, and his menu features street tacos, burritos and quesadillas. Customers can choose carnitas (Mexican fried pork), asada (marinated beef steak served with onions, cilantro or pico de gallo) and veggie options. His most popular item is birria, which is a traditional Mexican stew made with meat, adobo sauce and spices. He serves everything with a consome’ broth made from the juices that the birria meat was cooked in.

He worked in the restaurant and food truck-saturated market of Portland, Oregon for many years.

“There’s too much food truck competition there,” he explained. “So I moved to Missoula. My plan was to find a truck that has what I need, and I found this one in Alberton.”

He had an artist friend paint a logo on the truck that depicts the cactus and stone fences of his hometown of Tarimoro in Mexico’s Guanajuato state, and struck a deal with the owners of the brewery for a permanent parking spot.

“We got slammed the first day, it was a Friday,” he recalled. His wife had to go out and tell a long line of customers that they had to come back the next day.

“Saturday was the same,” he recalled, grinning. “Since then, it’s been steady.”

Regalado isn’t the only one bringing his family’s recipes from another country to Missoula.

Katie Webber is the owner of Aiko’s food truck, which can be found at Western Cider and at farmers markets, among other locations. She’s a Japanese-American who is using her grandmother’s recipes to bring the flavors of Japan to Missoula.

“The name comes from my grandmother, Aiko Tatsuhara,” Webber explained in a post on her website. “For a long time now, I’ve wanted to share my grandmother’s food. It’s food that has brought our family together for holidays, special events or just because.”

She said her grandmother has always been the type of person to never let someone leave her house hungry.

“My goal is to implement that into my food stand,” Webber continued. “The food that will be served is going to be a combination of my grandmother’s recipes as well as my own and the Aiko’s crew. Some menu items will be traditional while others will be family recipes handed down for generations and some will be a fun fusion of Asian food.”

She originally started with a pop-up tent at the Clark Fork River Market, but realized during a rainy weekend that she needed an enclosed food truck to serve the masses during inclement weather.

Aiko’s has rotating specials, but the chicken karaage (deep-fried marinated chicken thighs served with Asian slaw and rice) is a staple. So is the potato korokke, which consists of potato patties stuffed with carrots and cabbage then deep-fried.

It would be impossible to name all the food trucks in Missoula, but there are Lebanese items like kebab, falafel and kibbeh at Madeline’s Mediterranean Street Food, often found at Draught Works Brewery. Big Thai Country offers Pad Thai, curries and spring rolls at the same spot on many nights.

Big Thai Country owner Jume Slover moved to the U.S. from Thailand in 1999.

“I have always had a passion for sharing my recipes with all of my family and friends,” she explains on her website. “I love cooking and I have over 20 years of restaurant experience.”

If those mentioned above don’t suit your fancy, you can find ramen at Nomad, shawarma at Kamoon, chicken and waffles at Wishbone, barbecue at Heat on Meat or healthy fruit and granola at Mountain Berry Bowls. There’s German pretzels and Argentine empanadas to be found elswhere. And that’s just a brief slice of all the food trucks that operate here now.

The Associated Press reported on Tuesday that there are nearly twice as many job openings in the U.S. as the number of unemployed people. That means food service businesses, like other employers, are still desperately seeking workers.

With many restaurants in Missoula operating at reduced hours, food trucks have stepped in to fill the demand.

There’s only one catch with getting food from a mobile unit on wheels: It can be overwhelming trying to figure out where these mobile eateries are located.

One local food truck aficionado, Eric Bucy, started an Instagram page called Food Truck Locator to post daily updates on the hours and locations of all the operating food trucks in Missoula.

“I started Food Truck Locator a couple summers ago when I went to take a friend visiting Missoula to a favorite local food truck of mine for lunch and the food truck wasn’t at the location they were the day before,” he explained. “I couldn’t find their schedule online anywhere and we eventually just drove around town for an hour before I located them in a different parking lot.”

Figuring others were in the same boat as he is, he decided to reach out to all the food trucks and figure out a plan to get all their time and locations posted daily.

“Ultimately, creating the account was a win-win situation for both customers and food truck owners,” he said. “The owners already have so many responsibilities on their hands with prepping, cleaning, cooking, serving, etc., that this account takes one task off their hands while also helping our community find (the trucks), enjoy awesome food and support these local small business owners.”

Mon Sep 5 , 2022
Gone is Rapscallion, the Southern restaurant on Greenville Avenue in Dallas. In comes Quarter Acre, an internationally-inspired eatery from New Zealand chef and owner Toby Archibald. Archibald was most recently at Georgie, where he was executive chef for TV personality Curtis Stone. Before that, Archibald moved to Dallas to work […] 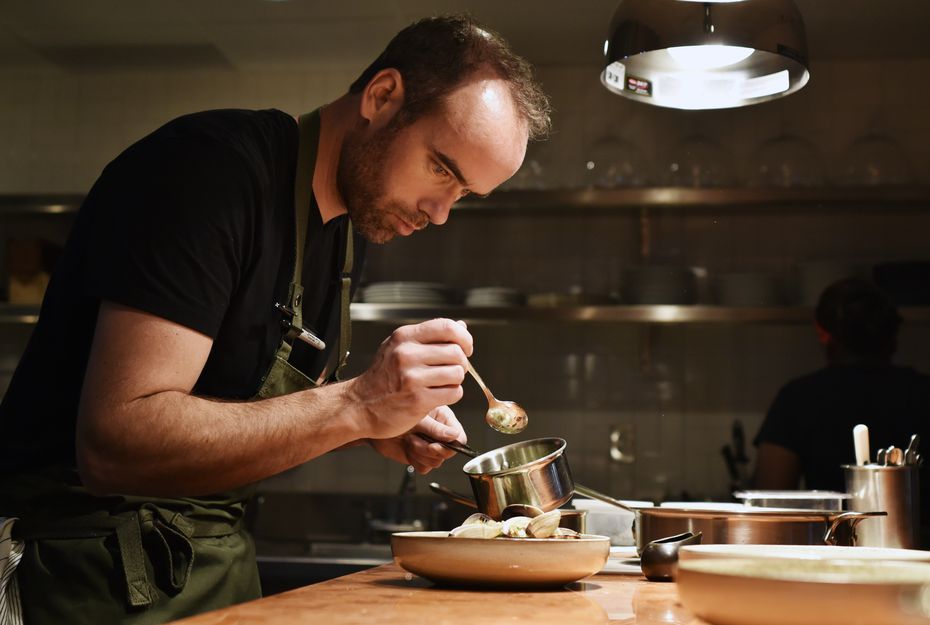