The chef at acclaimed Berkeley Japanese restaurant Iyasare, Shotaro “Sho” Kamio — who was also the opening chef at Yoshi’s San Francisco in the last decade — next year plans to open the first restaurant in the United States  dedicated to Japanese irori cuisine in a splashy new space on the roof of Transbay Transit Center.

We first learned about Kamio’s plans for a restaurant atop the Salesforce/Transbay Transit Center back in September 2019. Nearly three years later we are finally getting an update that this project is again moving forward, and we now have pretty renderings to go with it and a better idea of the concept.

Kamio’s restaurant group, SHŌ Group, is planning a dual-concept restaurant on two levels in a new building as yet unconstructed in Salesforce Park. And as they explained to Eater this week, there will be a VIP membership component involved, via NFT purchases that are clearly being used as investment funds — but more on that in a minute.

The downstairs namesake restaurant led by Kamio will be called SHŌ, and it will center on a sunken, 40-square-foot charcoal fireplace offering irori cuisine (“irori” means “sunken hearth” in Japanese”). Kamio tells the Chronicle that this will be the first irori restaurant in the U.S., and it will be a high-end, fine-dining experience featuring “umami-laden dishes” including meat, vegetables, and fish, with everything cooked in the hearth.

Upstairs will be a restaurant within the restaurant called Sky Lounge, with stellar views of downtown, featuring a sushi counter led by former Maruya and Sasaki chef Masaki Sasaki. The acclaimed sushi master earned a Michelin star for the omakase-style Maruya in the brief period he was there, before parting ways with the partners who continue running the restaurant today. He then consulted at Omakase, before opening the short-lived but well loved Sasaki. Sky Lounge will serve sushi and small plates — and it’s not clear if an omakase menu will also be on offer, but let’s hope so.

Additionally, the team plans to open a Japanese retail market and to-go counter in the transit center below, offering bento boxes and the like for daytime workers.

SHŌ Group released renderings of the two restaurant levels, which will collectively be called SHŌ, and said they plan to open in 2023. But it sounds like investors are key at this point, and they are going the NFT route — something that New York’s Flyfish Club, an NFT-backed restaurant in the making from seafood chef Josh Capon, NFT evangelist Gary Vaynerchuk, and restaurateur David Rodolitz, is already trying.

In case you weren’t aware, a lot of the draw in the NFT marketplace is from the real-world, VIP experiences offered to the owners of NFTs — with each token serving as a virtual membership card in an elite club of some kind. In the case of SHŌ Club — which is what this NFT-based hospitality club is being called — there will be three levels of NFTs available, dubbed Earth, Water, and Fire, with Earth being the entry-level, cheapest option, and Fire members getting “ownership-like benefits” that include things like a chef-led trip to Japan.

SHŌ Club members will also get access to an exclusive lounge in the new SHŌ building, apparently on the second level adjacent to the Sky Lounge, offering indoor and outdoor seating.

The pricing of these SHŌ Club NFTs is not yet public, and they’re asking interested parties to sign up for notification of the private sale. As with all NFTs, early buyers will hope that their investment quickly rises in resale value — though it sounds like the real-life perks in this case won’t come until a year or more after the sale.

This at least makes more sense, as a VIP food-club type of thing, than Tom Colicchio’s weird CHFTY Pizzas NFT thing, where people could purchase pizza tokens for ~$300 and get vague benefits like “one-of-a-kind physical and virtual experiences” and “future integration into the expanding metaverse.” Eater estimates that the CHFTY Pizzas NFT sale likely earned a half-million dollars for Colicchio and partner Spike Mendelssohn, a Top Chef alum, but it’s still not clear what the token owners are going to get out of it besides silly cartoons — and the value of these tokens has dropped to $159 as of May 31.

Thu Jun 16 , 2022
SAN DIEGO — The largest Hell’s Kitchen restaurant in the U.S. will soon open in San Diego County, and the operator is holding job fairs to fill open positions starting this month. The restaurant, based on the reality television series starring foul-mouthed mega-star chef Gordon Ramsay, will open this summer […] 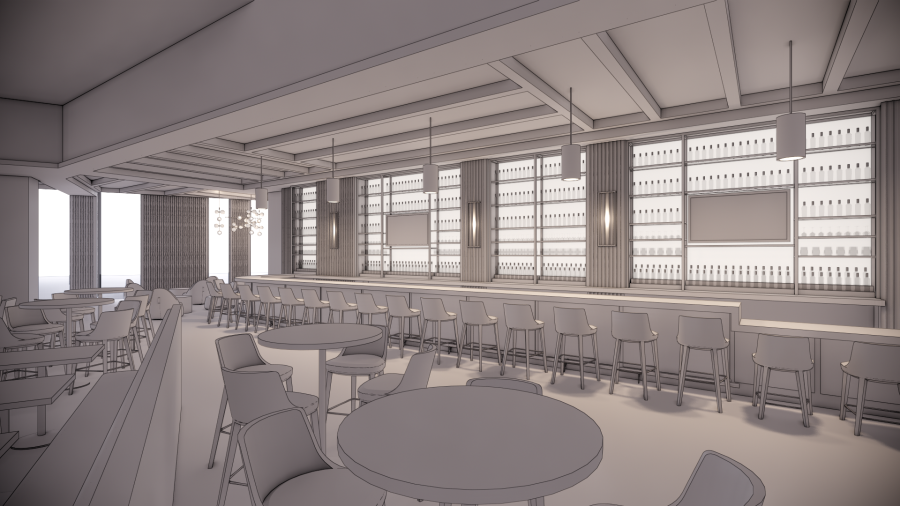