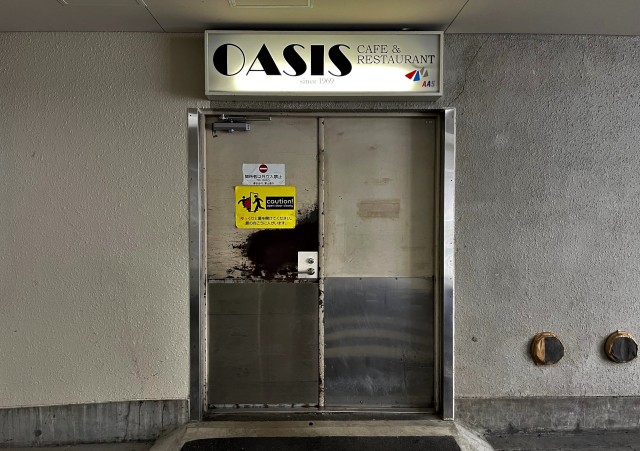 Behind this door lies an oasis of cheap Japanese meals, if you know where to find it.

Japan is a country filled with highly lauded, well-publicised restaurants, but for many people, you can’t beat the charm of a casual establishment frequented by locals.

Here at SoraNews24, we like to go one step further by seeking out places even locals don’t know about — places that are such value-for money finds they’ve become closely guarded secrets by those in-the-know. Amongst these secret places are hidden gems known as staff cafeterias, and though they’re designed to cater to staff, they’re also open to members of the public…if they can find them.

Well, we’re here to reveal the location of a top-secret staff cafeteria today, and this one is located at Osaka International Airport.

This cafeteria, used by employees of Osaka International Airport, is called “Oasis“, and though it’s hard to find, it’s also open to the public. To get there, you’ll want to first make your way to this Lawson, and then walk down the passageway marked by the red arrow.

▼ From there, you’ll be able to see the sign for Oasis.

Walking beneath the Oasis sign will lead you to a secluded spot that looks more like an emergency exit.

In a way, it is an exit, but rest assured, you will be able to enter here, despite the fact that the sign on the door reads: “No Entry”.

The “No Entry” applies to “unrelated persons”, but seeing as we’re here for the staff cafeteria, it’s perfectly fine to open the door.

Though the entrance looks a little frightening, once you’ve opened the heavy door, you’ll be met by an Oasis on the other side.

The modern-looking cafeteria, serving employees and adventurous members of the public since 1969, actually looks sleek, clean and modern — a far cry from the gritty, worn look at the entrance.

People in uniforms enter the restaurant one after another, but among them you can see what looks to be members of the general public grabbing a quick meal before boarding a flight. That helps to instantly set you at ease, and you don’t even have to worry about ordering with staff, as you simply make your selection and pay for it at a machine near the entrance, before handing your ticket over to someone behind the counter in exchange for your selected meal.

While the main dish of the day is set, customers can customise their meals by choosing between white rice and multi-grain rice, and choosing a side from a selection.

▼ We opted for a shirataki salad on the side.

Once you’ve poured yourself some tea (which comes with unlimited refills), simply take a seat and enjoy your meal! The main dish of the day, and the highlight of the lunch set, was fried chicken, which was crispy on the outside and juicy on the inside, and served with a good amount of vegetables for a well-balanced meal.

Once you’ve eaten at Oasis, you’ll definitely want to eat there again, but during our visit we discovered that, unfortunately, the cafeteria will be closing its doors to both employees and the public on 30 September.

These days, more people are either eating at home or bringing their lunches in to work with them, so after 53 years of filling the stomachs of staff and those in-the-know, Oasis will now be closing its doors.

▼ If you find yourself at Osaka International Airport before the end of the month, be sure to stop by Oasis.

It’s sad to see another eatery in Japan close its doors due to the pandemic, but if you’d like to get a taste of another Japanese staff cafeteria, you can still stop by the one hidden deep inside Osaka Station. That one is also concealed behind closed doors.

Wed Sep 21 , 2022
Police say the man is in critical condition and due to the severity of the injuries, LMPD’s Homicide Unit is handling the investigation. LOUISVILLE, Ky. — One person is in the hospital with serious injuries following a workplace accident at a restaurant on South Hurstbourne Parkway earlier this week. According […] 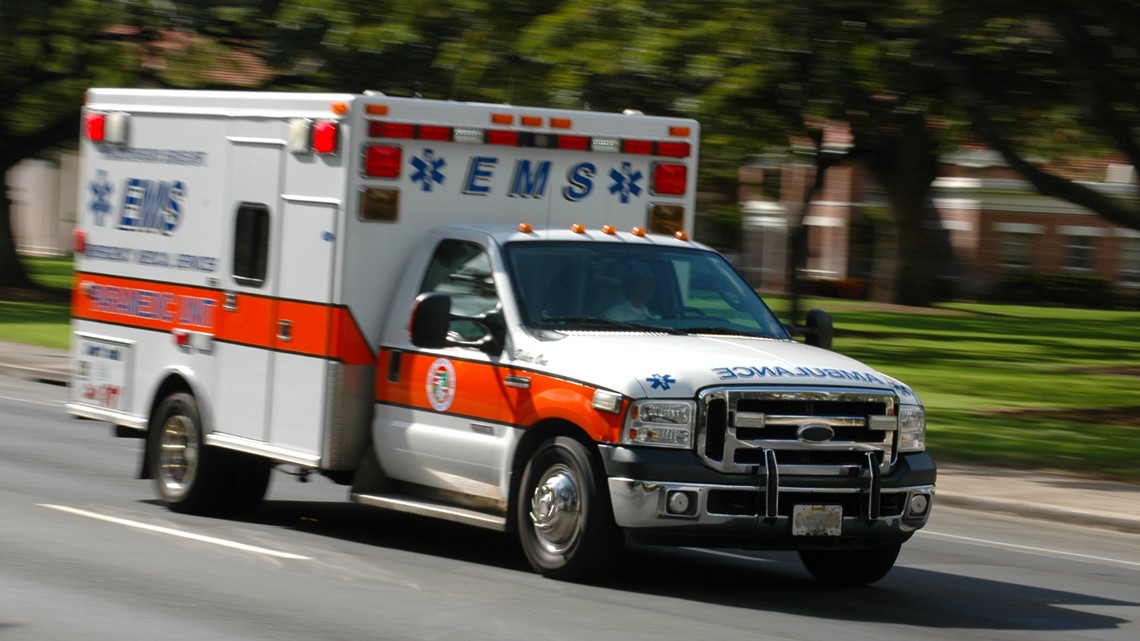