A group formed by top Japanese chefs will open a theme park in China as part of efforts to further popularize Japanese food culture in the world’s second-largest economy.

Chefoodo said in a recent press release that it would collaborate with leading Chinese food conglomerate Bright Food (Group) Co. to bring the interactive facility to life, providing visitors with the opportunity to learn about and sample different styles of Japanese cuisine. 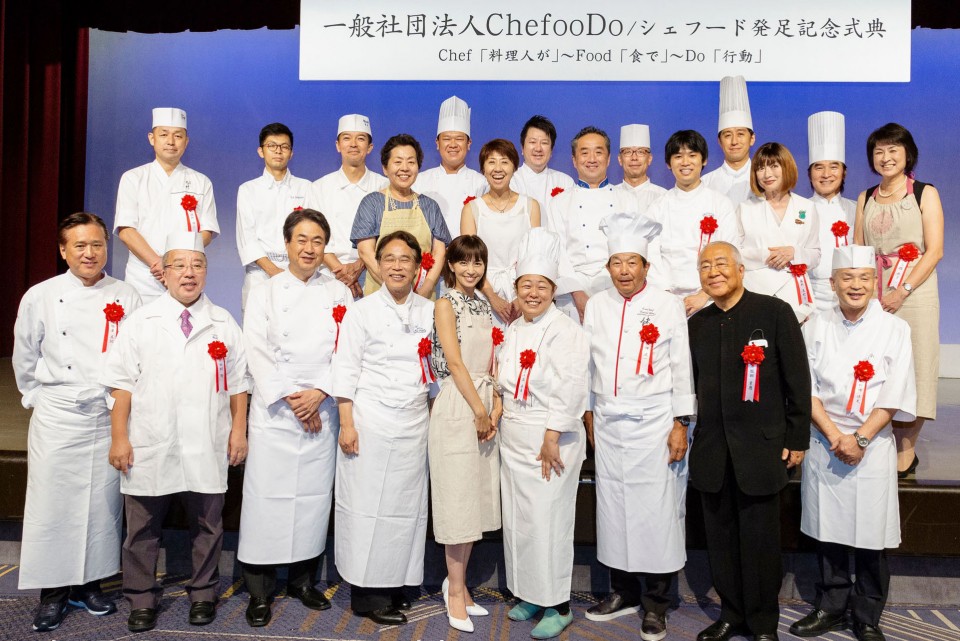 Top chefs and other members of Chefoodo gather at an event in Tokyo to celebrate the group’s launch in August 2018. (Photo courtesy of Chefoodo)(Kyodo)

The group, which signed a business partnership with Bright Food at the end of June, established a local subsidiary in Shanghai in July to foster exchanges between chefs and the food industry of the two countries, according to the press release.

The partnership will also involve producing television programs to promote Japanese food culture, building a factory to produce processed food for Chinese consumers, and advancing food-related trade through the introduction of specialty products from Japan.

The number of Japanese restaurants in mainland China has rapidly increased in recent years due to greater awareness of Japanese culture through travel and the influence of popular entertainment.

As of 2019, there were around 65,000 Japanese restaurants in China, more than triple the number five years earlier, with over 3,700 such dining establishments in Shanghai alone, according to a report by the Japan External Trade Organization released in March.

Chefoodo, chaired by Italian cuisine chef Mamoru Kataoka, was established in April 2017 to cultivate the food and beverage industry.

The collective group is comprised of 34 professional chefs, including Yukio Hattori, principal of a culinary school, and Chen Kenichi, known for his role as the Iron Chef Chinese on the television series Iron Chef.

Bright Food, established in 2006 as a company integrating food-business concerns affiliated with Shanghai city authorities, has a variety of operations including food processing and distribution.

Thu Aug 11 , 2022
YBOR CITY, Fla. — After 93 years in business, Tony’s Ybor Restaurant will be closing next month. The third-generation owner, Larry Scaglione, said he would miss his loyal customers. “I’ve asked myself for the last few days, am I really going to do this?” said Larry Scaglione. Pictures of Larry’s grandfather, father, […]