A meal at three Michelin-star Atelier Crenn often surprises. Through a dozen or so courses, chef Dominique Crenn and her team fuse local ingredients and global touches — think, Peruvian leche de tigre — to the chef’s French heritage and cooking techniques to dramatic effect. On a recent menu, diners enjoyed a blush-colored mosaic of creamy spot prawn tartare marinated in yuzu kosho and adorned with a briny array of local sea bream and lettuce. A small bowl of spot prawn broth arrived alongside it, distilled from the crustacean heads and brightened with tomato and chile de árbol.

The juxtaposition of the dish’s two elements — that delicate tartare and the chile-infused broth — made selecting a beverage pairing somewhat of a puzzle, says Atelier Crenn wine director Rachel Coe. So instead of a crisp white or a dry red wine, Coe says she sought out a beverage with savory and saline tones all its own: Mantensei Junmai Ginjo “Kinoko,” a Japanese sake brewed to pair specifically with umami dishes. Coe says until recently, sake felt like a bit of a mystery due largely to her lack of knowledge about the beverage. But after exploring the category more deeply, she realized how well the beverage could pair with Atelier Crenn’s entirely pescatarian menu. She was attracted to the Kinoko not only by the drink’s flavor but also by the story behind its production. “I was so fascinated with it — and of course the label was cute,” Coe says with a laugh, referring to both the mushroom-y sake and the whimsical polychromatic illustration on its bottle. “But aside from that, the sake-maker is a self-proclaimed fungi expert.”

Coe and Atelier Crenn aren’t alone in pushing the traditional concept of tasting menu wine pairings aside in favor of other beverages. A number of the Bay Area’s top restaurants including Val Cantu’s Mexican fine dining gem Californios, Russian Hill rising star Nisei, and the experiential dinner destination Merchant Root are embracing sake — either incorporating the Japanese beverage into their wine-focused pairings or offering guests the option to pair their entire meal with the brewed drink.

Since 2002, the team at True Sake in Hayes Valley has been encouraging more Bay Area residents to rotate sake into their drinking habits. Owner Beau Timken says the area has had access to an impressive variety of sake for a long time now but that social media has helped fuel more interest in the drink — or at least, in some bottles. “What you might be seeing is a butterfly effect,” Timken says, explaining that the store has sometimes seen a dozen or more people come in asking for a specific bottle of sake in the days and weeks after being featured in a high-profile publication.

In general, Timken says he’s happy to see more restaurants putting sake on the menu and filtering the beverage into their pairings. And that’s despite the fact that, for many years, he pushed to keep sake out the wine lane, not wanting to compete in the already crowded market. But in recent years, Timken says, the waters separating sake and wine have gotten muddy; more sake producers have started brewing sake “to act like wine”: bumping up the acidity, for example, to make the beverage easier to pair with a wider range of flavors and foods. Combined with the ever-growing momentum behind the Bay Area-born funky, fermented, low or no-sulfite natural wine trend, Timken says more wine drinkers are eyeing sake. “It’s really being blurred now and it’s great thing,” he says of the line separating wine and sake in many minds. “This is fresh ice, we get to see what floats people’s boats. It’s really a fascinating time because they’re maximizing what sake can do with food pairings.”

At Nisei, James Beard-award recognized chef David Yoshimura’s Japanese restaurant, sake seems like a natural fit for the restaurant’s elegant washoku tasing menu. But Yoshimura and general manager and sommelier Ian Cobb say they initially aimed to show diners that Japanese food could pair perfectly with wines from all over the world; only in recent months did they add a sake option in addition to wine. The decision to offer a full sake pairing reflects a hunger for knowledge from both diners and the Nisei team: guests were asking for the opportunity to try more sakes with their meal, Cobb says. At the same time, the team realized they knew enough about the drink and had access to a wide enough portfolio to pull a multi-course pairing off. “I’ve found that when you start including sake in a wine pairing it really opens people’s eyes to what sake can do,” Cobb says. “There’s just so many different styles and types and rice polishes, it’s extremely versatile.”

At Merchant Roots, cook Christine Hirtzel works with chef and owner Ryan Shelton to pair the restaurant’s quarterly themed menus with beverages. Throughout the summer the team hosted A Feast for Mermaids, a menu pulling ingredients almost exclusively from the sea or the lands nearby. A menu permeated with seaweed, crystal lettuce, coconuts, and koji rice made sake an appealing beverage choice, Hirtzel says, so in addition to a wine pairing, the team offered diners a full sake pairing, too. “It works a little better, or at least as well as wine, because so many of the flavors of the food are nuanced,” she says. And though the fall menu’s theme has yet to be announced, Hirtzel says she’s considering at least one sake for that beverage pairing menu since the full sake pairing was so well-recieved. The sake she’s eyeing isn’t even produced in Japan — it’s brewed in France.

“So we’re looking beyond the place of origin,” Hirtzel says. “We’re moving past the more old school rules. Wine is not the end-all, be-all of beverage pairings.”

Worst Fast Food Orders for High Blood Sugar-Eat This, Not That

Sat Oct 1 , 2022
There’s nothing sweet about what too much sugar can do to your health. It has been linked to obesity, type 2 diabetes, heart disease, certain cancers, wrinkles, and can accelerate signs of aging. According to the Cleveland Clinic, high blood sugar can lead to excessive hunger and thirst, headaches, rapid […] 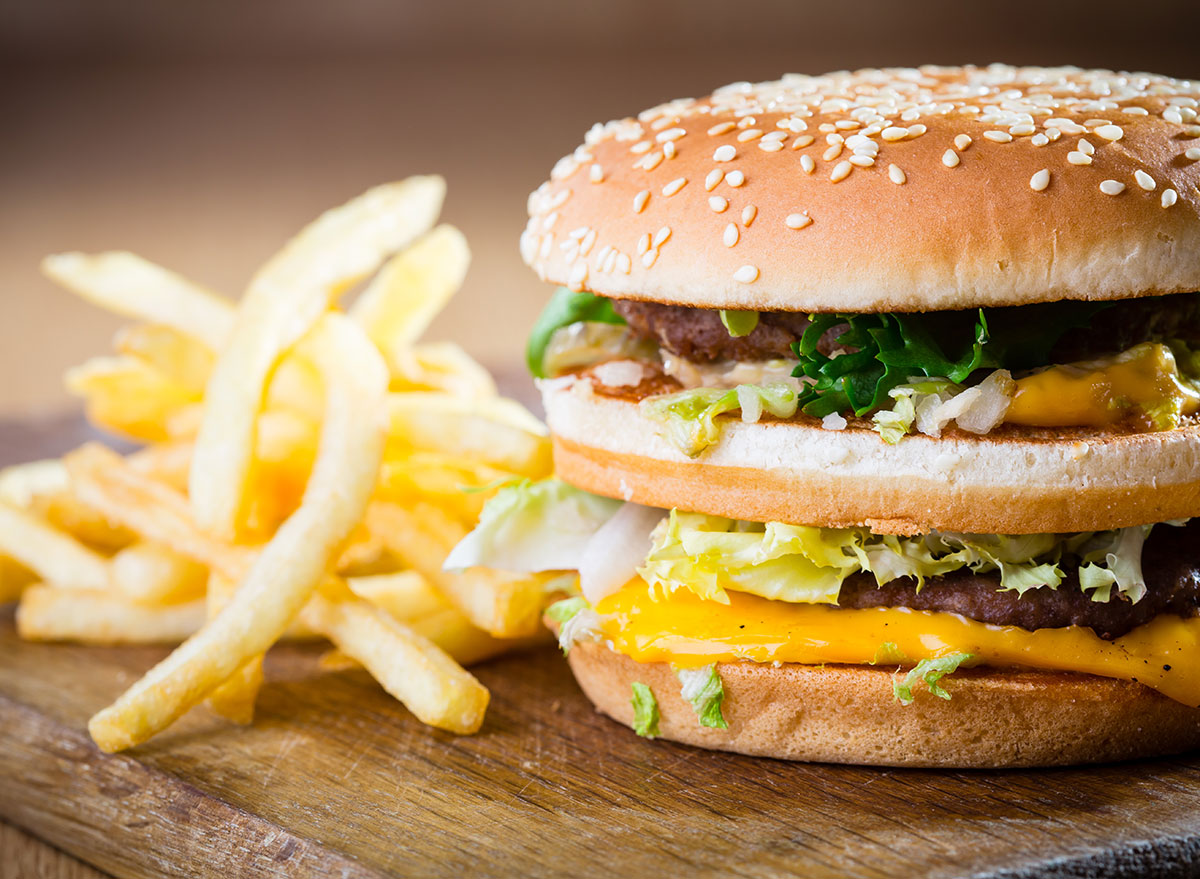