SARAJEVO, Sept 15 (Reuters) – The World Bank is willing to provide up to $30 billion to combat global food shortages aggravated by Russia’s invasion of Ukraine and has so far disbursed almost $10 billion in financial aid pledged to Kyiv, a senior bank official said on Thursday.

Axel van Trotsenburg, the bank’s managing director of operations, cited “an absolute need for international solidarity with Ukraine” during an interview with Reuters while on a visit to the Bosnian capital Sarajevo.

“And that solidarity has to be sustained not only in the short term but in the long term,” he said.

Van Trotsenburg said the World Bank began providing support to Ukraine soon after the Feb. 24 Russian invasion and had so far disbursed close to $10 billion of $13 billion in aid it had committed to Kyiv.

He said the bank had created a platform to combine its direct support and additional support from countries such as the United States, Britain and Japan, along with separate guarantees from European states, and also facilitate co-financing and parallel financing. It had also created a trust fund for donors.

While various countries have channelled support through the trust fund, he said, the largest sums had come from the United States with an average of at least $1.5 billion out of nearly $5 billion in external financing needed by Kyiv each month.

“We set up (a) system through which we could help the continuation of the state functions of Ukraine – paying teacher salaries, pensions, helping the health system. That has worked very well and some of our partner countries wanted to use that mechanism because we can then also trace money,” van Trotsenburg said.

He said the bank was also supporting Ukrainians hit by the war both at home and abroad, as well as neighbouring countries and developing nations outside Europe suffering from disruptions of Ukrainian grain exports due to the war.

“This is one of the reasons that the World Bank announced we are willing to provide financing of up to $30 billion to deal with food insecurity over the next 12 months.”

A report released by the World Bank, European Commission and Ukrainian government on Friday said Russia’s invasion had caused over $97 billion in direct damages through June 1, but it could cost nearly $350 billion to rebuild the country. read more

Tue Sep 20 , 2022
Toronto can now boast to being home to more than a dozen Michelin-star eateries, including a two-star sushi restaurant run by a celebrated chef previously recognized by the prestigious food guide. Sushi Masaki Saito earned two stars in Michelin’s first Canadian food guide announced Tuesday, when the Parisian ode to […] 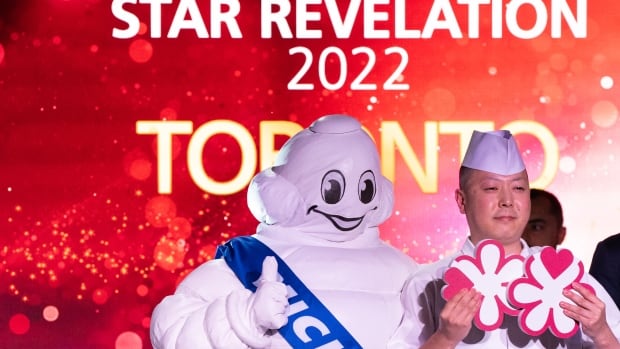